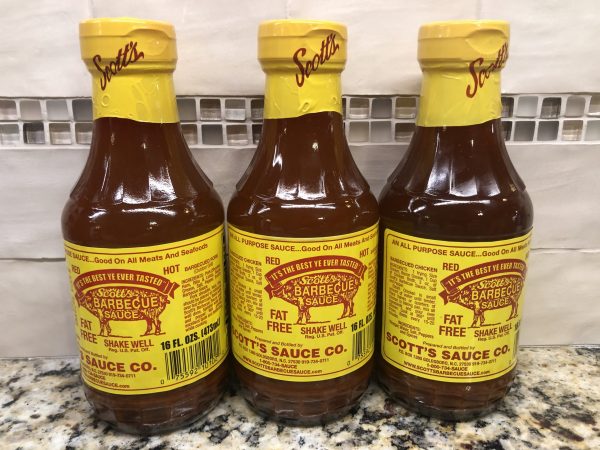 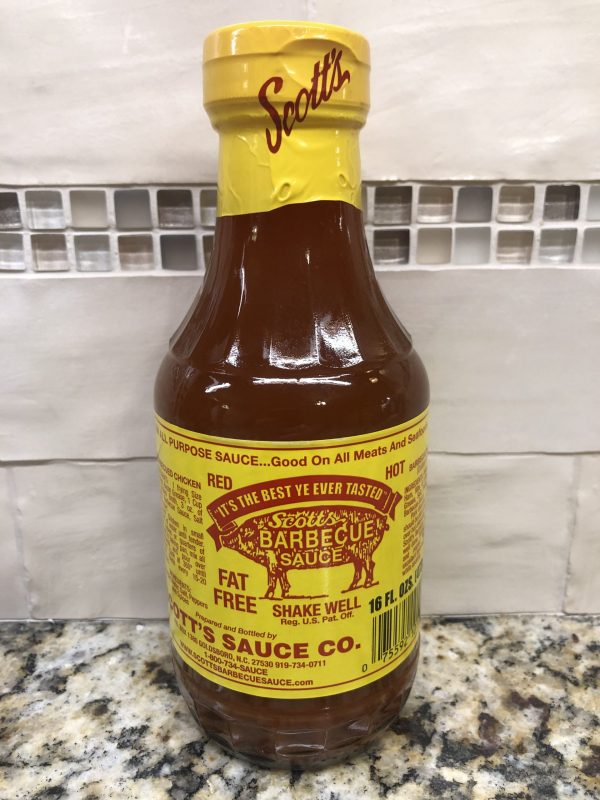 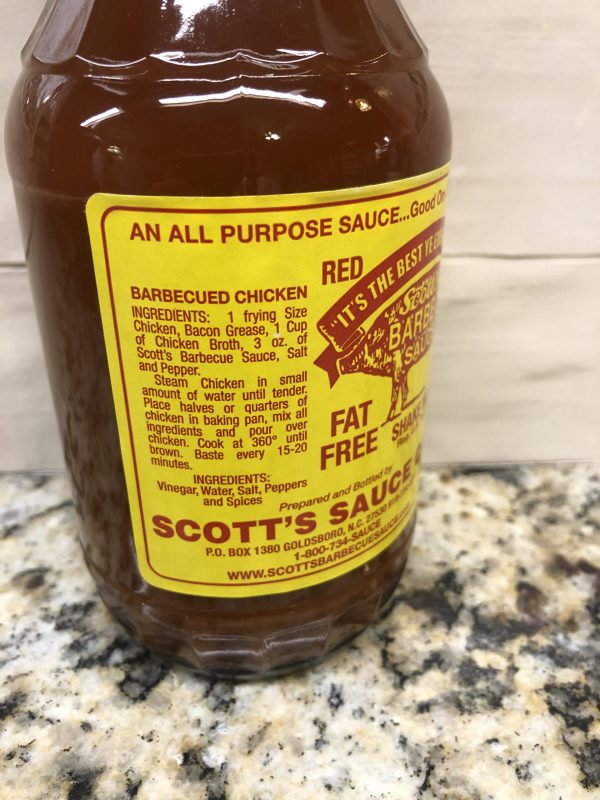 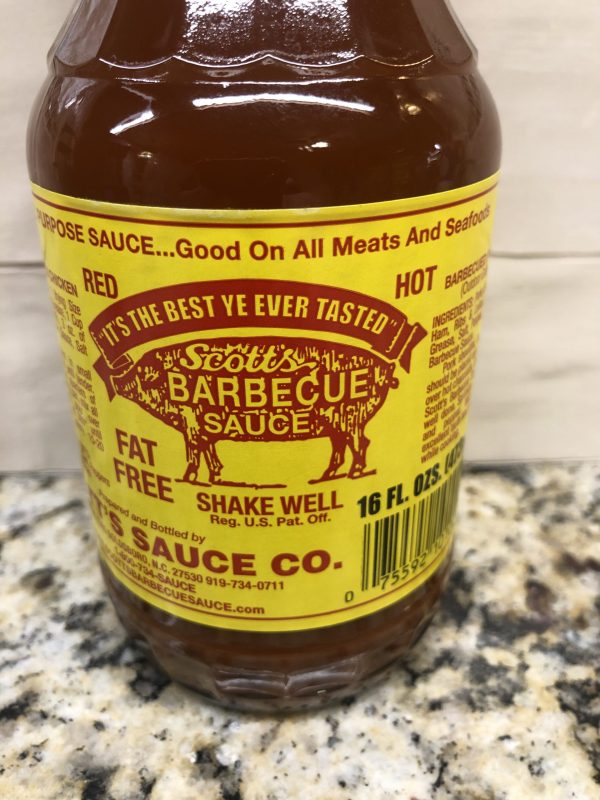 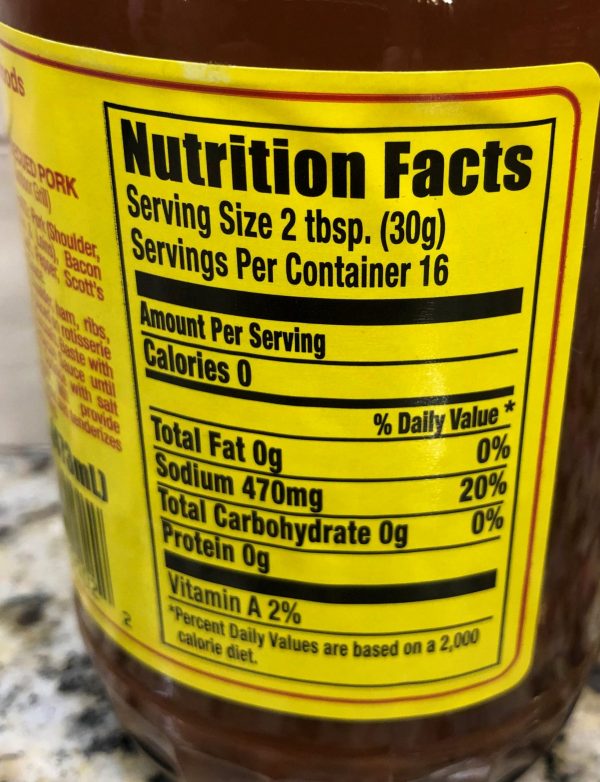 3 Fresh Bottles, shipped for FREE to your USPS address.

The roots of Scott’s Family Barbecue Sauce go back to 1917 when Adam Scott first got into the barbecue business in Goldsboro, North Carolina. The recipe for the sugar free, fat free sauce was developed over a three-year period and remains a secret which is passed down through the Scott family. Adam, a local minister, said the exact ingredients in the sauce were revealed to him in a dream.

That original sauce recipe was served on Scott’s barbecue for nearly 30 years,  until Adam Scott’s son, A.Martel Scott, Sr., spiced up the sugar free mixture a bit before obtaining a patent on the sauce in 1946.

You get 48oz of the “best ye ever tasted” sauce!